There are certain things about Italy that can make you wonder how in the world people can live there. For instance, the roads. The roads are terrible in many of the regions, filled with potholes, so many twists and turns you can't begin to count them and, of course, the crazy Italian drivers who think 1) they are Mario Andretti and 2) they do not need to obey any normal rules of the road. Next you have the opening times for the shops. Only in Italy can you work from 9am to 12pm and then again from 4:30pm to 6pm and call it a full day. Finally, not many other countries in the world all head to the beach for the first two weeks of August. This results in massive traffic jams on the highways and completely booked out beach chairs with umbrellas in spite of the beach being half empty.

However, saying all that, there is no place I would rather be to to enjoy amazing meals that could feed an army rather than a family of four and delicious wines and olive oils from local vineyards. We just returned from a week in the Marche region of Italy which borders Tuscany on the west and the Adriatic Sea on the east. It was our first time in this region and will definitely not be our last! La Tavola Marche is a wonderful little gem hidden in the hills of northern Marche about 45 minutes to 1 hour from the Adriatic coast. It is run by two wonderful American hosts, Jason and Ashley, and has 5 apartments you can rent by the day or the week. Jason is a spectacular chef and offers courses on making fresh pasta and sauces as well as many of the specialty dishes of the region, sourcing most of the veggies straight from his garden. It was a much needed break from the real world and brought back some of the things I have been missing since taking on a much more challenging position in the firm I work for.

Here are a few pics from our adventure:


Hope you are enjoying your summer too! 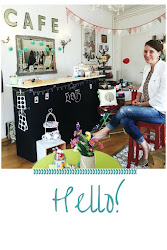